Growing up as an only child, I would dream of a day when my house would be filled with babies. There was nothing I wanted more than to be a mom. It turns out, a house full of babies wouldn’t be in the cards for me.

My first pregnancy ended in miscarriage at 14 weeks, and it was devastating to say the least. At a young age of 21, I was bright eyed and filled with all of the positivity. Going in for our first ultrasound with all of the excitement to see the baby moving and hear the little heartbeat only to be told that at some time over the course of the last few weeks my tiny little peanut had died, broke my heart. This news was delivered on a Friday, and I had to sit with it until the following Wednesday when I went into surgery for a D&E. On September 11, 2002, all of my dreams for what that baby would be and would bring to my life died too. It turned out to be the same day we signed the offer for the house we were planning to bring this baby home to. It was a heartbreaking day. Through it all, I clung to my faith that one day I would see my angel baby again and that there would be more babies in my future. “Weeping may endure for a night, but joy cometh in the morning.” Psalm 30:5

In 2005, I gave birth via cesarean to my beautiful baby boy, Jaxon Blayne. I finally felt like my life was beginning. I loved being a new mom, even on those days of exhaustion and exploding diapers. Holding Jaxon for the first time healed a lot of pain. Watching him grow and accomplish all of his firsts mended my broken heart.

It wasn’t long before I found myself wanting more of these perfectly beautiful, life fulfilling babies. However, my first marriage was on the rocks when Jaxon was born and before he would turn five, we would be divorced. I wasn’t sure if I would ever have the chance to have more babies.

Fast forward to 2015, when I met the man of my dreams, the man you all know as “The Hubs”. While he has two older children and Jaxon was 10 at this point, we knew we wanted to try for a baby together. It wasn’t going to be easy. We tried and tried and tried some more but a year went by with no luck. At this point we started to look into what was going on. During the ultrasound to make sure things were healthy, a tiny little zygote was discovered. Unfortunately, this pregnancy ended early in a miscarriage, another angel baby.

Over the course of the next three years, we continued to try to add a baby to our family. We moved several times over the course of those years and considered fostering and adoption. Ultimately, early this year we decided we would move forward with discovering the cause of our infertility before deciding for sure what our next steps would be. No sooner did we make that decision, we found ourselves being relocated to Wisconsin, which you can read about here.

On February 19th, six home pregnancy tests were positive. It was the last thing we were expecting at this point in our lives after our recent move. We were immediately over the moon excited albeit, after having lost babies in the past, I was a little scared. At 7 weeks, during my first appointment with the nurse, due to my history, she scheduled an ultrasound. At this first ultrasound we were able to see our growing baby and hear his or her little heartbeat (149 bpm), and breathe!

After the first ultrasound, the joy set in. We started dreaming about who this little baby will be and we started buying a few little things for “Chalupa” to enjoy, like rattles and books. Last week we went for our first appointment with the OB/GYN. We discussed some hard truths about my “advanced maternal age”, discussed the probability of another cesarean (I’ll share more about these things in another post), and since Chalupa was being difficult to pin down to hear the heartbeat on the doppler, we had another ultrasound. And boy is our Chalupa a little gymnast! Moving, squirming, hiccuping, kicking, raising those little fists all with a strong heartbeat (173 bpm).

At this point, I’m 11 1/2 weeks with our rainbow baby. We are overjoyed and we cannot wait to bring our sweet little babe home in October. I’m looking forward to continuing to share our journey with you. 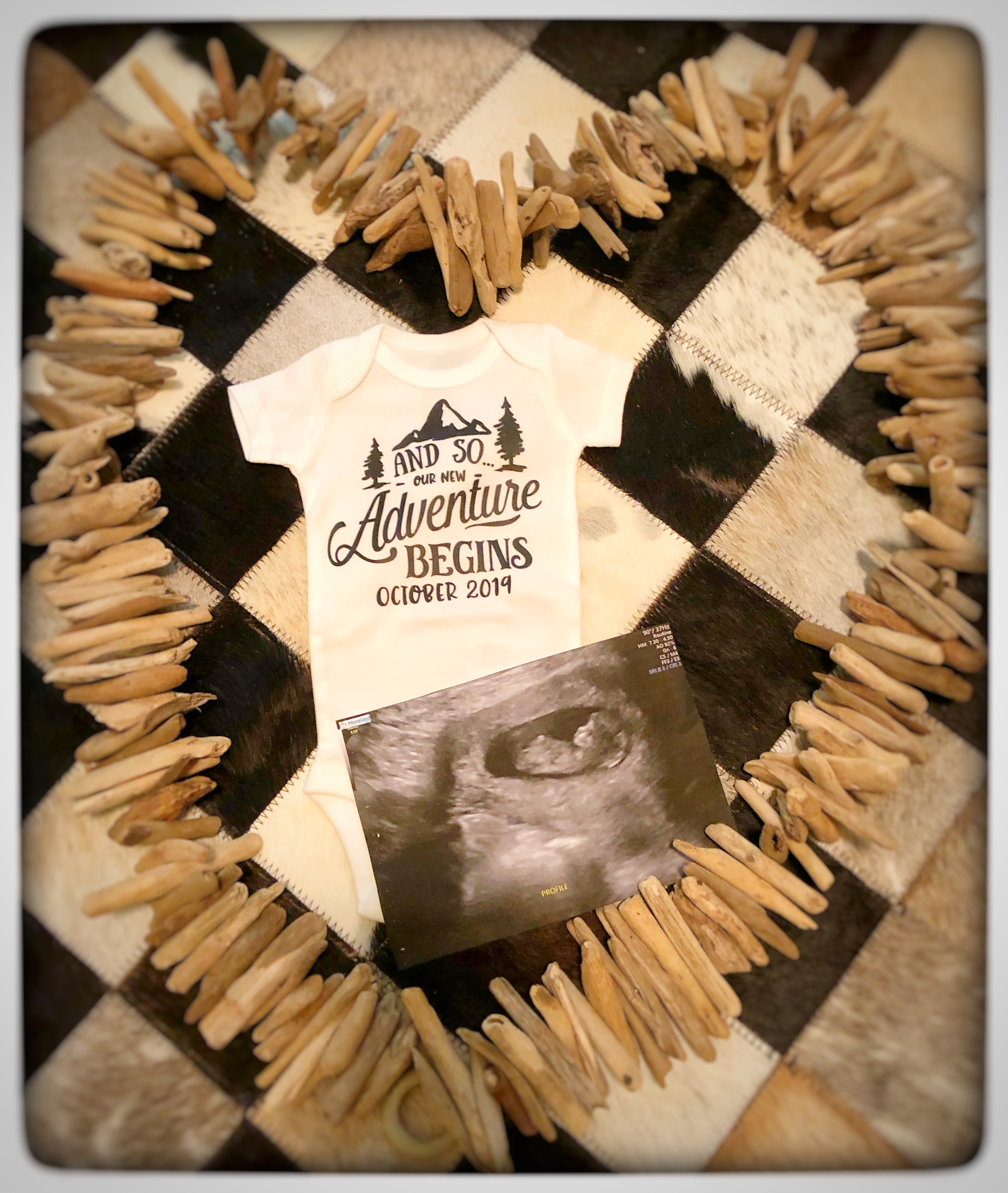 Until Next Time: Peace, Love & Adventure